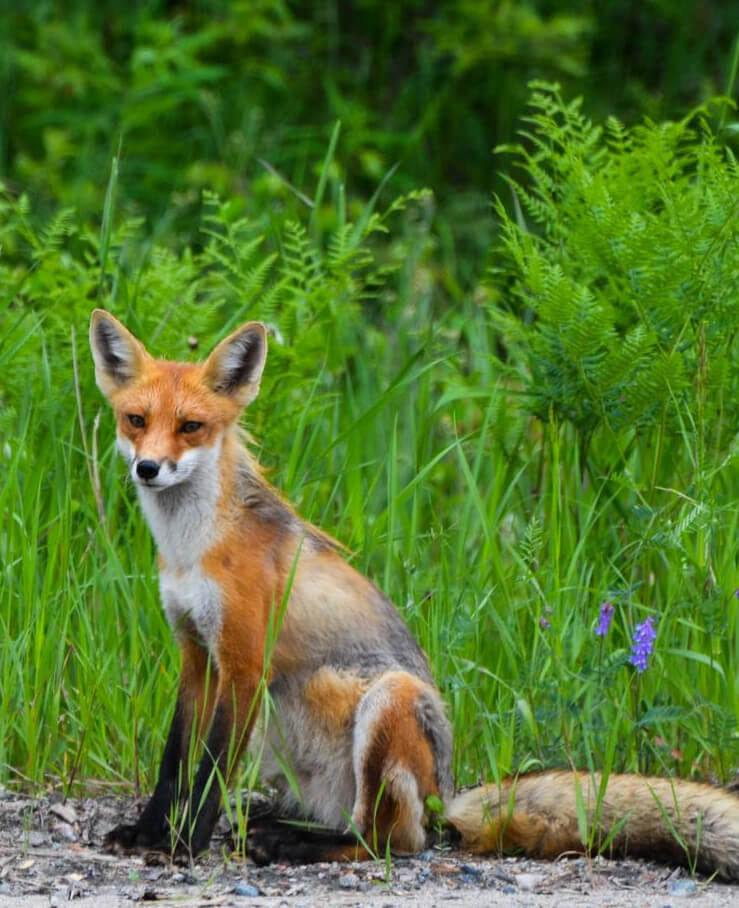 The red fox is a small wild dog capable of hurting small pets like cats and small dogs. When you need fox removal, Indianapolis residents can turn to Affordable Wildlife Control. A fox will have a pointed muzzle, prominent ears and a long, bushy tail tipped in white. They appear yellowish-red from a distance. A closer look will reveal the white belly, throat, and inner ears. Other color phases occur, but they are not common. The long guard hairs making up their colorful pelt cause them to appear larger than they are. The average adult weighs from 8 to 14 pounds.

Distribution: Red foxes seldom use dens except for rearing young. A search for a nursery begins in December when the pair inspects burrows and previous fox dens. The den selected may be located in the open or in the woods. It is well-drained and usually has at least two entrances.

Reproduction: One litter is born each year in March or April, Litters may range from one to twelve. The average number of pups is five or six. Newborn foxes are blind until nine days old and are constantly attended to by their mother until several weeks old. The male delivers food to his family during this period of confinement. The pups first venture outside the den under the guidance of parents when they are a month old. The next two months are spent with parents learning to survive on their own. The family group disbands in late summer, living separately until December.

If a fox is around, your cat may be bait!

What our clients Are Saying

This company is amazing! They worked diligently to remove our bats and came out several times when the bats came back free of charge. Very nice people and very responsive!! I will use them again if needed!

"Lord knows I wasn't gonna get up on the roof" Said a wise man once. These guys professionally got rid of our Vermin problem and patched up our house. A racoon to be exact. No animal were harmed. They lure them out and make sure they cannot return. Very humane way to deal with racoons...if you're into racoons. I'm just happy he moved on.

Hannah and the team spent alot of time patching the entry points. Several trips out - they were committed. They were able to keep the squirrel out for a couple of weeks. Unfortunately, she chewed back in and continued to do more damage to our home. Since Critter Control doesn't trap and remove we were left to find another outfit to finish the job. Paid Critter Control a small fortune and we were still not rid of the "Critter".

Did a great job removing some raccoons for a couple friends of mine. Highly recommended by other professional contractors I know.